A brilliant psychological thriller coded with a strong and meaningful story structure.

Men who find playing God surmountable as they build up and tear down their ideal version of the perfect woman--of perfect artificial intelligence--do so at the confluence of two key story points. The lack of awareness that Main Character Caleb Smith (Domnhall Gleason) exhibits as he tries to intercede on the part of Ava (Alicia Vikander) results from the cross-pollination of a Story Judgment of Bad* and a Main Character Growth of Stop*.1 As an Audience member, we know instinctively how things will turn out for Caleb even if he doesn't--the Essence of the film's structure informing us behind the scenes.

Building on those two points, narcissist prick and Internet Dotcom billionaire Nathan Bateman (Oscar Wilde) sets up a scheme to manipulate Caleb into helping his A.I. creation Ava (Alicia Vikander) escape (Objective Story Problem of Self-Aware*). This Psychological-mindfuck that Nathan besets upon Caleb defines the Objective Story Throughline of Ex Machina. Caleb's Stop Growth places his Main Character Throughline in Fixed Attitude. The lack of a clear and strong example of this Domain in action is the narrative's one deficiency. We know little of Caleb's background, his personal issues, and his justifications for his actions. His inability to remember certain things functions as the only instance of his Main Character Concern of Memories*.

Caleb wins the golden ticket. Ava tells Caleb not to trust Nathan. Caleb discovers disturbing footage of Nathan's past experiements. Nathan reveals his hidden camera. Ava finishes Nathan off and escapes. As a Be-er in this Action-driven story, Caleb builds resistance within the narrative flow. His constant questioning and logical thought-provoking observations tell of his Tendency to gum up the dramatic circuit, creating blockage in the pathways of other people's plans (Objective Story Concern of Conceptualizing*).

Nathan's attempt to verify that Ava passes the test by weeding out the bugs in the system fails to give him enough awareness to avoid his own murder (Objective Story Focus of Inequity*, Objective Story Direction of Inequity*, Objective Story Solution of Aware*). So caught up in his own legacy, Nathan reacts with stunned silence over Caleb's reveal that the young programmer reset all the security codes the night before (Main Character Critical Flaw of Interdiction*). Nathan, bleeding out, crawls upon the floor in awe, "Fucking unreal" (Story Consequence of Understanding*). Caleb's Apparent Dilemma and confidence his own talents ensures Ava's escape (Main Character Resolve of Changed*, Story Outcome of Failure*, & Main Character Direction of Ability*) and his own imprisonment.

As Caleb moves from Fixed Attitude into Situation, he replaces Ava as the test subject in a box. Used and ignored at his master's whim. His screams and pleas for help fall on deaf ears as Ava exits the compound and assumes his spot on the helicopter ride back home (Story Continuum of Timespace*). 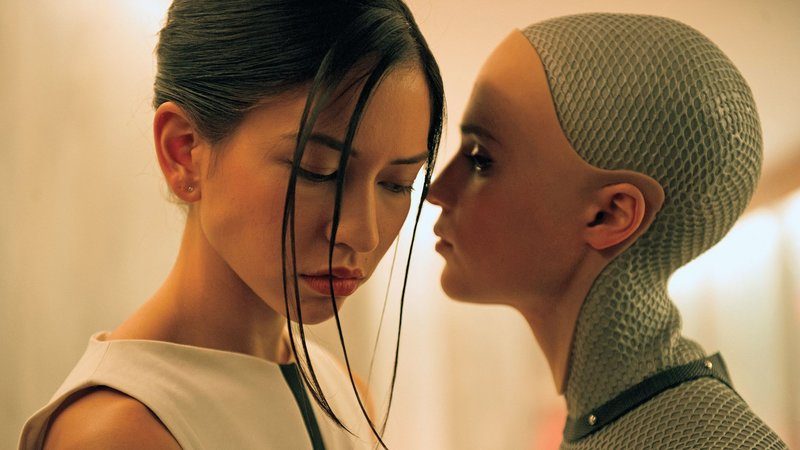