In addition to actual concrete connections, there are forces of influence that bind the Main Character and Influence Character of a story together.

In last week's article we took a look at Finding Connections Between the Two Principal Characters of a Story, the two principals being the Main Character and Influence Character. Starting at the top Domain level, we worked our way down illustrating the various story points that connect these two very important characters together. It is only once you reach the bottom Element level that those connections merge into more of an influence that is felt.

And here is where things get interesting.

That is why you get conversations like "You and I are both alike" or "We're nothing alike!" It all depends if you are talking about the thing you are looking at or where you are looking from. To add another level of connection between these perspectives would obfuscate and dilute the structure of the model.

It would also be another attempt to illicit meaning from a model built on prediction.

No Meaning From What Will Be

As mentioned in the article The Veil Between Author and Audience, authors run into trouble the moment they try to find meaning in their predictions. I get it. You see Dramatica, you love all the insights and revelations it brings to something you already intuitively felt on some level, and you want to know what it all means.

But that meaning comes after you have written the story and after you have arranged all the various points of character and plot and theme and genre in such a way that there should be some meaning. You can predict it with Dramatica, you just can't find the actual meaning in it.

This explains why so many people have trouble with Dramatica. They are used to the Hero's Journey and Save the Cat! and My Story Can Beat Up Your Story and all the other countless paradigms out there because those methods of appreciating story look to the meaning of things. They appeal to the artist within and the human mind that longs to be understood. Dramatica looks from the Author's perspective and shows how to predict how an audience will feel or react. It doesn't supply meaning.

That is why some Authors have a distaste for the theory.

Prediction is where the story points of Story Outcome and Story Judgment come into play. Give an Audience a Success/Good ending and you can predict that the audience will feel triumphant as in Short Term 12 or Finding Nemo. Give them a Success/Bad ending and you can predict they will feel a personal tragedy as with Lord of the Flies or Memento. This is, of course, assuming that nothing is lost in the translation from author to word to some sort of digital medium to audience. If all goes well, an author can reasonably assume that an audience will behave a certain way based on these story points.

This prediction of meaning is built into the model. Story Outcome and Story Judgment set gears and levers deep within Dramatica's story engine and determine things like the order of Signposts within various Throughlines. It isn't as if Chris and Melanie discovered Story Outcome and Story Judgment and asked, What does it mean? They set out to define the various combination of ingredients that Authors put together in order to foretell possible meaning.

Still, there are structural connections elsewhere that find the Main and Influence Characters tied together by a Dynamic Pair relationship.

Here at the Element or character level, we don't see a direct dynamic pairing the original question thought might exist, but rather an influence that is felt through the shared elements carried by the Objective Story Throughline.

A Bridge between Connection and Influence

The Steadfast character handles the work needed to solve the problem, the Change character manages the dilemma created by the problem. This work/dilemma relationship is a dynamic pairing seen in the process of human problem solving. It works as both an influence and a connection between the two Throughlines. The one doing the work influences the one facing the dilemma and vice-versa.

In The Sixth Sense both Malcom Crowe (Bruce Willis) and the majority of the characters in the story suffer from a shared Problem of Perception. This makes Malcom the Changed character and therefore the principal character dealing with the dilemma--either continue to fool yourself into thinking one way or look to what Actually is going on. Match that up with everyone else dealing with their own false Perceptions of Cole Sear (Haley Joel Osment) and their eventual acceptance of Reality (another way to think of Actuality) and you can begin to see where these two Throughlines flow into one another. 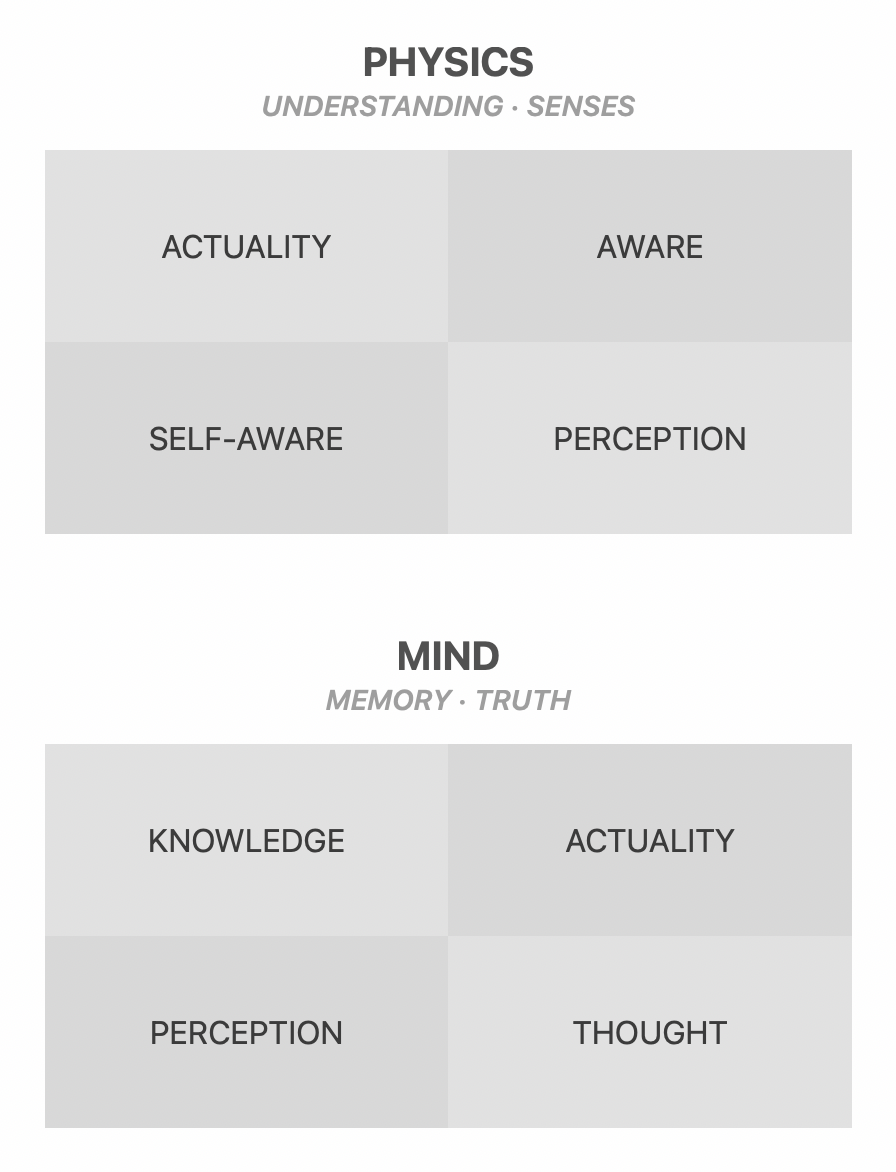 But then take a look at the Focus of Aware and the Response of Self-Aware in both the Objective Story Throughline and the Influence Character Throughline. This is why Cole is charged with the work of the narrative: his awareness is the superficial problem everyone else is dealing with as well. The response of Self-Aware can be seen in the therapy sessions and the efforts of the ghosts to make themselves known to the living.

Malcom deals with the dilemma, Cole handles the work. Both influence each other and challenge each other based on their individual approaches.

Note that in some stories, the work is the right approach to bringing about a successful resolution. Stories like Braveheart, Field of Dreams and Big prove work the driving force over dilemma. Narratives like The Sixth Sense, Inside Out, and Pitch Perfect prove engaging the dilemma to be the driving influence.

This dual influence then flows over into the Relationship Throughline--rounding out the narrative and completing the model of problem-solving within the minds of the Audience. From connection through dynamic pairings to a combined influence and connection and finally to an emotional appreciation of that influence through a relationship. Dramatica covers all the bases of human problem-solving.

In response to last week's article, I received this follow-up question:

If the MC and the IC are spending the story in conflict over their respective approaches, doesn't there have to be some way to articulate the 'approach' that is directly connected to an element or elements in the storyform? If I had a complete storyform then said, "Oh, the conflict between the IC and the MC is X" where X had no direct relationship to any particular element in the storyform, wouldn't that be completely undermining the storyform itself?

The conflict between the Influence Character and the Main Character is X, where X is the Throughline. The Throughline has a direct relationship to several touch points where they come into conflict.

In other words, the fact that they are Dynamic Pairs is what makes them the Main Character and the Influence Character. You can't, therefore, point to one thing and say this is where they differ on approach in the same way that you can't define that actual inequity that is driving the entire narrative. An inequity, or conflict, in Dramatica terms is a separateness between two things. That separateness between the two Throughlines is where they differ in approach.

There is no such thing as an MC without an IC. You need both to actually have a problem and conflict to work through. And you can articulate that approach by articulating the Throughlines.

Using the Model as Intended

Writers can't help themselves. They want meaning. Why else would they be writing if it weren't to establish some better understanding of the world they see? The original question posed by the writer sought to understand the meaning behind two elements of structure purposefully designed not to have meaning.

The connections seen and influences felt between the Main Character and Influence Character do describe the approach that is in conflict. Dramatica is a model of human mind in the process of problem-solving. You need both work and dilemma to accurately describe that process.

One could conceivably find some meaning by looking to example films and novels and try to determine the meaning of the various problem elements. But Dramatica would not be able to predict that meaning would be. The meaning--as if with all meaning--would be open to subjective interpretation and subject to all kinds of personal bias and conditioning.

There is no secret recipe to how these elements connect beyond their original intended purpose. Dramatica is a model of human-problem solving and as such, offers writers an opportunity to present their stories in a way that matches how we ourselves seek to resolve the inequities in our lives.