The future is already here

Joanna Penn, the host of The Creative Penn Podcast, recently interviewed Andrew Mayne, international best-selling author and science communicator at OpenAI. In an episode entitled Writing with Artificial Intelligence with Andrew Mayne the two discuss some of the creative possibilities for storytelling with AI.

Beyond the usual discussion of ethics and generative brainstorming techniques, the conversation eventually veers towards the most important aspect of writing with artificial intelligence: maintaining meaning and context.

The other alternative is to use Subtxt. 😃

When you write a story using a Storyform structured around artistic intent (i.e., your message), those "random" chapters suddenly become purposeful--and connected.

You don't need a model trained to the entirety of a novel--you only need a structure tuned to the meaning behind the novel (or play, or television series, or film, etc.).

A Subtxt Storyform keeps meaning consistent from chapter to chapter, and from Act to Act. Combine that with the hundred-billion parameter-plus model of GPT-3 (and future iterations of the same), and you reap the benefits of both order and chaos, structure and serendipity.

So, right now, for the shorter-term future, an AI can't write a whole book, because it doesn't understand the beginning, middle, and end of a long-form novel. That will change eventually.

If you wanted, you could take the Storyform of To Kill a Mockingbird, and generate an entire story from beginning to end in a single afternoon. You could change the names, change the locale, even change the specific storytelling of a false accusation, and the story would still hold together. 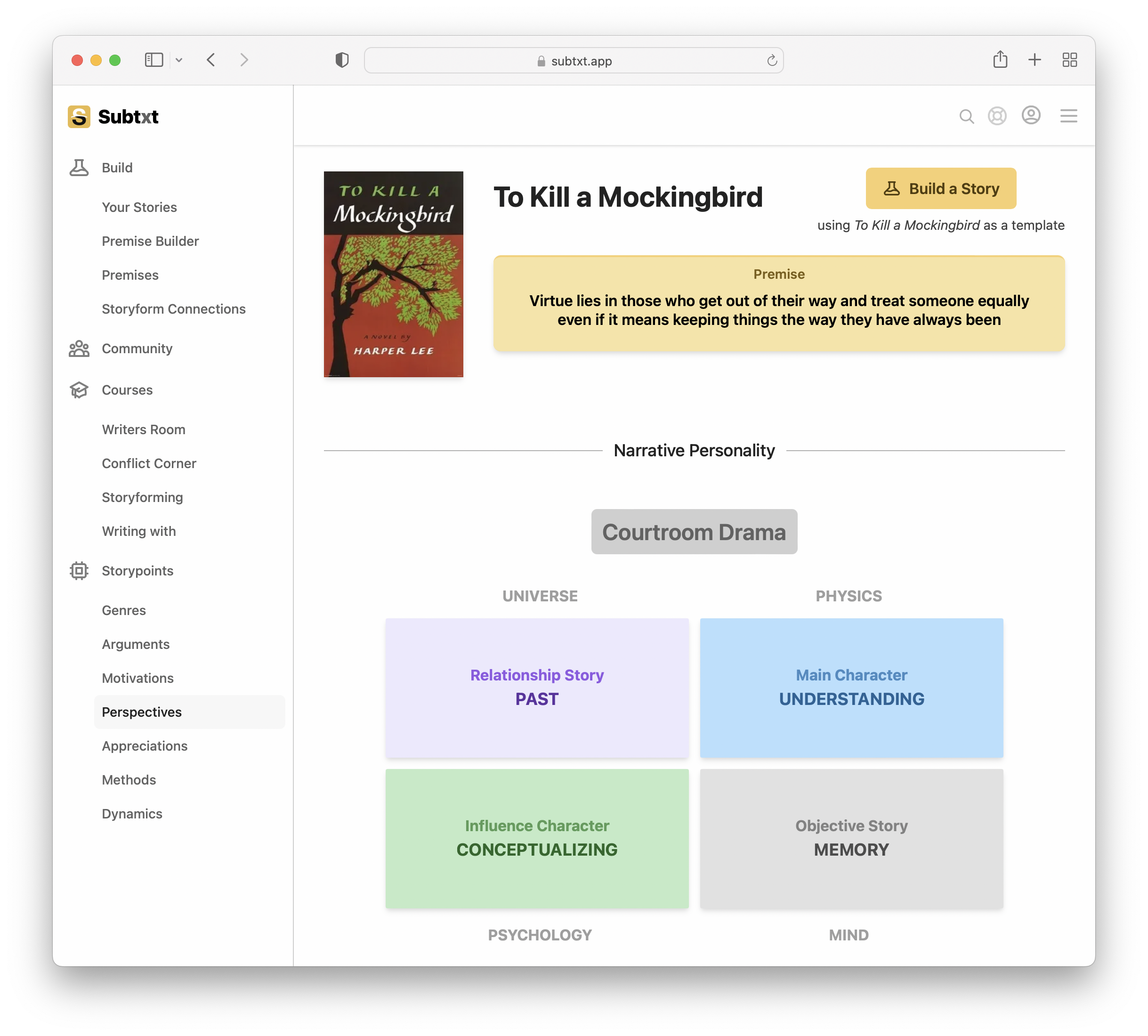 The process right now is manual, in that the Author works through the Storyform step-by-step, but eventually there will be a one-button push to complete story.

Even better, you can plug what you want your story to mean into Subtxt and the app will generate the appropriate narrative structure for you.

No need to rely on simply copying Harper Lee.

Either way, I could conceivably queue up an entire story today, and have Subtxt work through everything Act by Act, and character interaction after character interaction, but the education and enlightenment of the Author/storyteller is mission #1 here at Narrative First. By working with the AI, instead of the AI doing everything for you, both system and Author level up.

A clear win/win for both Authors and Audience. 🚀